In the past, Microsoft saw Linux as a threat. In 2001, the one-time CEO Steve Ballmer even compared Linux to a nasty disease. One of his concerns was the impact of the GNU GPL open source license on intellectual property.

These days, Microsoft is one of the largest contributors to open source. In just a few years it integrated Canonical’s Ubuntu distribution into Windows 10, made the next version of SQL Server available for Linux and released core components of the .NET platform as open source. They have also partnered with Red Hat, SUSE, and other open source companies.

Microsoft has grown into a cloud platform company

“As a cloud platform company we aim to help developers achieve more using the platforms and languages they know,” said Scott Guthrie, Executive Vice President, Microsoft Cloud and Enterprise Group. “The Linux Foundation is home not only to Linux, but many of the community’s most innovative open source projects. We are excited to join The Linux Foundation and partner with the community to help developers capitalize on the shift to intelligent cloud and mobile experiences.”

“Microsoft has grown and matured in its use of and contributions to open source technology,” said Jim Zemlin, Executive Director of The Linux Foundation. “The company has become an enthusiastic supporter of Linux and of open source and a very active member of many important projects. Membership is an important step for Microsoft, but also for the open source community at large, which stands to benefit from the company’s expanding range of contributions.”

The Linux Foundation aims to build ecosystems which accelerate open technologies and the commercial adoption thereof. Many top developers and companies are affiliated to this organization. Together with the open source community it solves the most difficult technological problems by making the largest shared investment in technology in history. The Linux Foundation was established in 2000 and provides tools, training and events to upscale open source projects. It provides an economic impact which can not be achieved by a single organization. More information can be found at www.linuxfoundation.org.

Next to Microsoft there are 10 more Platinum members. These are Cisco, Fujitsu, Hewlett Packard Enterprise, Huawei, IBM, Intel, NEC, Oracle, Qualcomm, and Samsung.

Both organizations have issued press releases on this historical milestone: 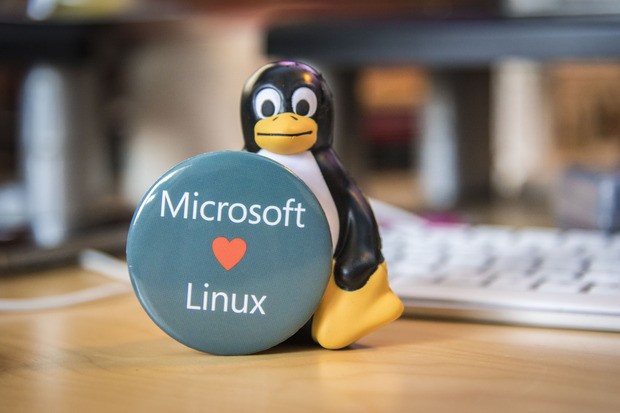