At the end of last year we migrated the last 1A-server from Slackware to Debian 8 “Jessie”. Support for this version will stop on June 30, 2020. That is why we started preparations for upgrading to the newest version, Debian 10 “Buster” earlier this year. 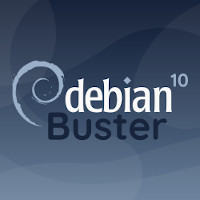 We have chosen to wait a bit longer until Debian 10 “Buster” officially became the new “stable” version (July 6, 2019), so that we can skip version 9. Buster’s support will last for 5 years, so we are in good shape until mid-2024.

Upgrading is necessary due to the discontinuation of support for Jessie next year. In addition, there are also a number of things that actually make it desirable to upgrade. In Buster all software has been updated to very recent versions. This gives us access to the newer options and compatibility options that have been added. An example is that the 2FA supplier DUO can be properly linked to the Active Directory on the 1A-server (via Samba). In addition, the security of the entire system has been considerably boosted. The introduction of new technologies makes it, among other things, much more difficult to misuse programs that are loaded in memory.

The development of the next generation 1A-server based on Debian 10 “Buster” is already done. The test servers and the first internal production servers have already been migrated. The first bugs have already been fixed. We are gradually increasing the frequency of upgrades to the point where we can convert the bulk of the production servers. Before that, we will of course further inform partners and customers where necessary.

The most important changes can be found on the Debian website (technical):