Now that almost all servers have been updated to Debian Buster (about 700!), we can focus our attention to expanding the functionality. First up is 1A-telephony. After all, this is one of the most popular features. We’ve made improvements to the 1A-manager, 1A-phonetool, FiMo, and more.

A number of changes have been done in the 1A-manager. For example, when setting up callgroups, the overview “callgroup members” is placed at the bottom, so that the settings themselves are immediately visible. This is mainly done for servers with large numbers of users and devices (100+).

Support for round-robin on callgroups

With round-robin, the devices do not ring at the same time, but one by one. It will remember which device rang last. The next call will start on the next extension. This way, incoming calls are distributed evenly among the available devices as much as possible.

This functionality was previously available as a custom option. From now on, it can be configured in the 1A-manager on every external number under the advanced options.

In the screenshot above, another new advanced option is visible: wrapup time for users. This is the time granted to a user after hanging up a call before the extension can ring again. This is very useful, for example, to give an employee the time to update a ticket. 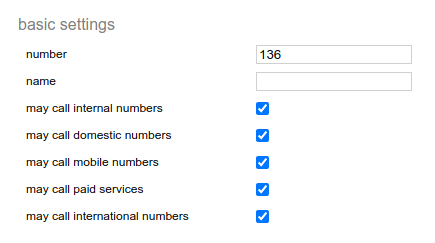 It is possible for devices and telephone users to set where they are allowed to call. Previously, internal calling was always possible. Now this option can be adjusted. An example for use is to ensure that a user must first log in before he can call with the phone.

A lot has been improved in the performance of the 1A-phonetool. Especially customers with 100+ users / devices will notice the difference. Also, extra attention has been paid to further improving security.

In the coming period, various visible improvements will also be made. More on this later. 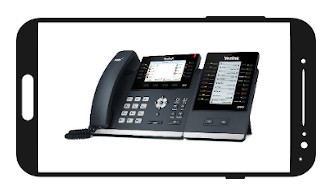 The FiMo-solution is very popular. What was still missing, however, was a way to easily switch between your standard outgoing line and your mobile number. This is now possible with the help of two special calling codes:

Codes can be entered several times without problems, for example if it is not known which number is active. The outgoing number can also be set in the 1A-phonetool on the Personal tab.

Notification to internal caller when internal extension is busy

When someone calls an internal number which is in a call, the message “The person you are trying to call is busy” is now played to the caller. If the recipient still has room in their call limit, the call will then proceed as usual.

Especially for users who do not use the Phonetool and / or BLF-light indication, this helps in choosing whether or not to wait when making an internal call to someone who is already in a call.

Always be the first to know about innovations

Every month, we send a mailing describing the latest developments. This mailing is available for customers and partners who have an account in our portal My1A. Do you always want to be the first to be informed on innovations? Then subscribe to the newsletter Release nieuws voor techneuten.

1A-telephony is much more than just very attractive rates. It is fully integrated in the 1A-services and offers many features. Functional management is easy with the 1A-manager and with the complimentary Phonetool. And if there are any extra requirements, you can of course stake a claim on our personal support.

Please contact your 1A-partner today to make the switch to 1A-telephony!